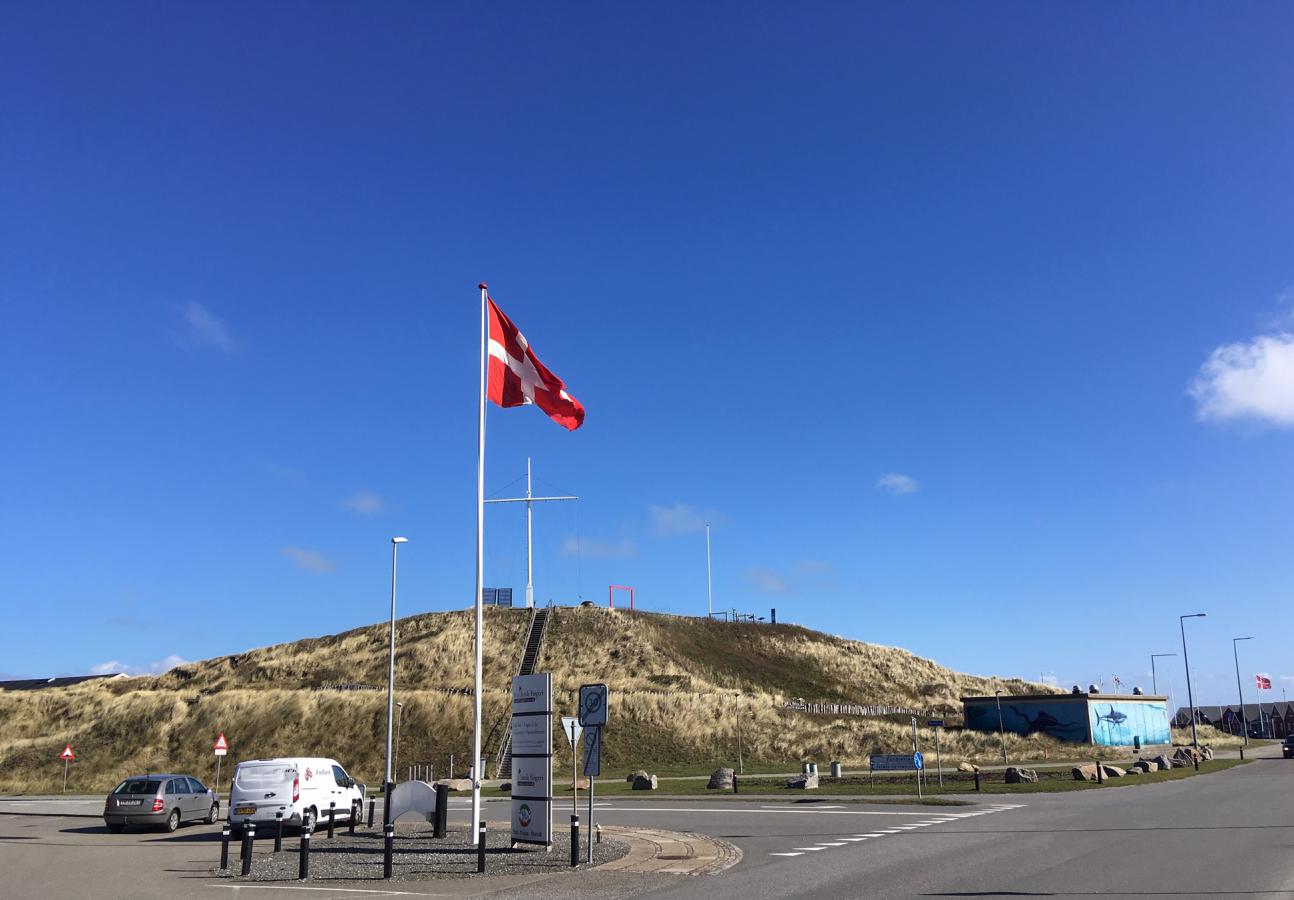 In the middle of Hvide Sande is a tall dune that offers an impressive view of the town, the sea and the inlet. At the top of it is a white signal mast that used to be an important navigation point for the fishermen until the end of the 1980s. The mast would show them the water conditions by the entry. At the top of the dune, you will also find two bunkers that were constructed by Hitler’s men towards the end of WW II.
One of them was an observation bunker, the other one a bunker for soldiers. You can visit the observation bunker.