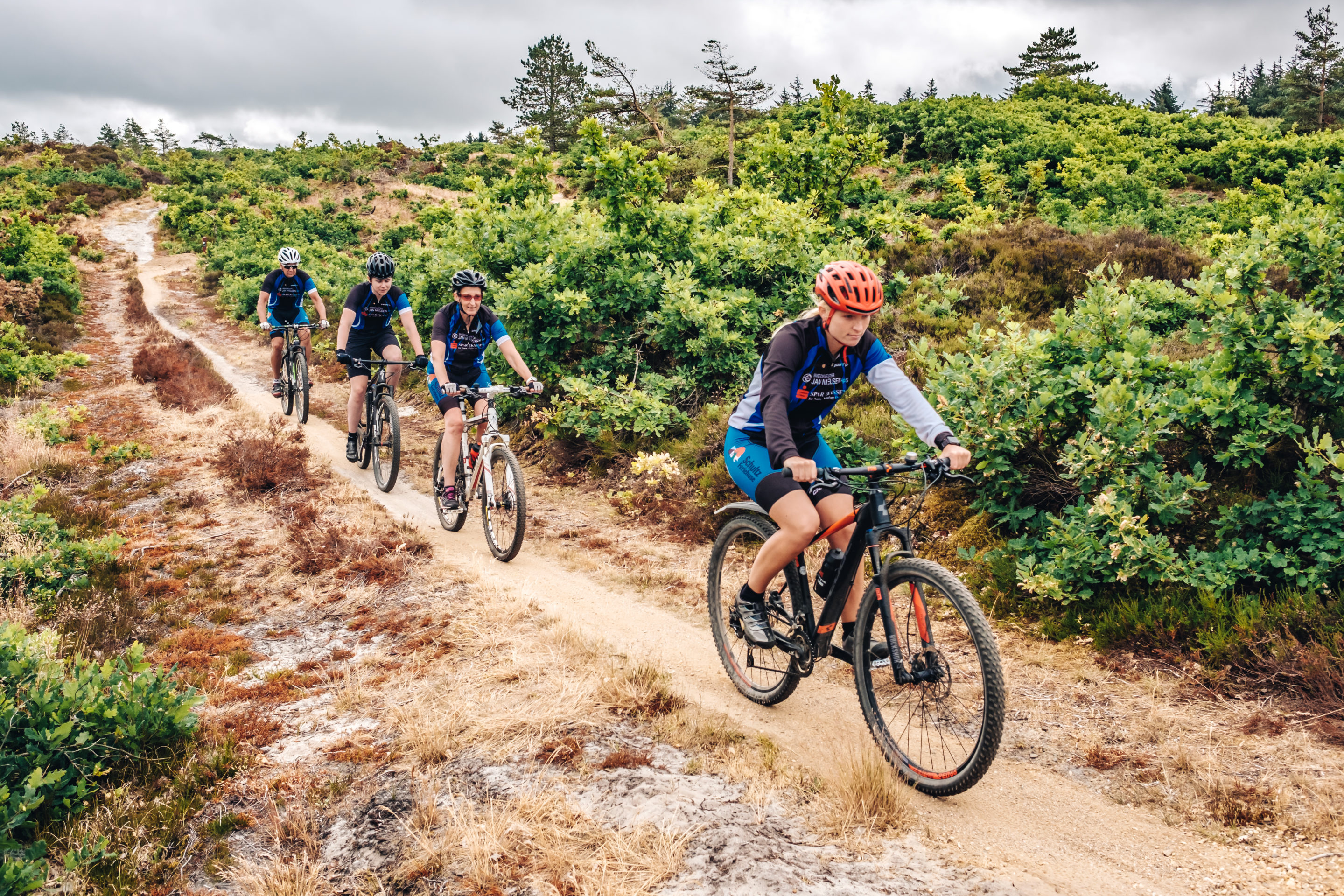 Blåbjerg Klitplantage is a public forest located in the area between Henne Strand and the town of Nymindegab. This plantation has been named after the tallest dune in Denmark, Blåbjerg Klit, which measures 64 metres and is marked by the stone sculpture Blaabjerg Stenen. Most of the area is marked by sand drift which has created some exciting natural features, including dunes, coastal slopes, ”hills”, heath, oak coppice and plantation. The plantation offers walking, riding and cycling paths and some of the best mountain bike routes in Denmark.